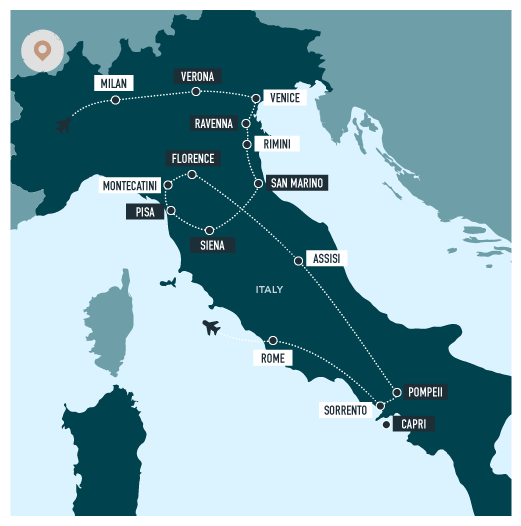 All deluxe 4-star hotel accommodations as listed or similar.

4 dinners at hotels or local restaurants, including a farewell Italian dinner in Rome.

Airport group transfers on arrival (Milan) and departure (Rome) for Land+Air Packages only.

Please note: (*No online pre-sold for this tour. If time  permits, book and pay to tour guide on site.)

Admire beautiful Venice from the water on a gondola ride along its fabled canals, complete with a serenading gondolier*. The ultimate sightseeing experience in the Floating City, your elegant gondola and traditionally costumed gondolier will waft along the Grand Canal before discovering quiet, inner waterways framed by pastel-washed houses. Listen to emotive Italian songs as you pass sights. 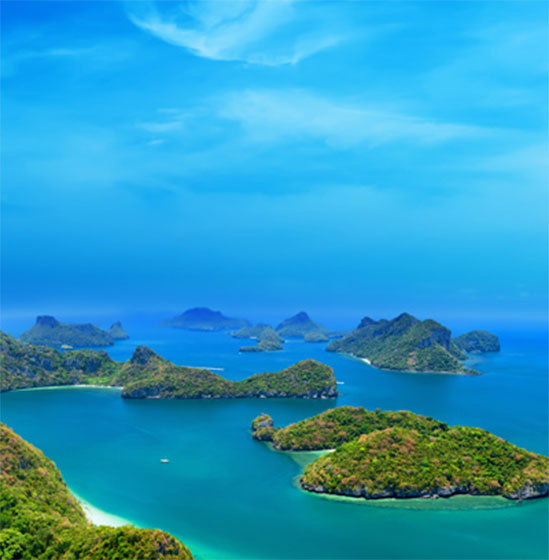